​​ I am indebted to Professor Vernon Bogdanor, who among other things was David Cameron’s tutor at Oxford, for drawing my attention to a recent report by the LSE Growth Commission. Anyone who looks at the mix of academics, business leaders, economists and banking experts on the Commission will be unable to dismiss them as Labour stooges.

Professor Bogdanor had read my recent blog suggesting Labour need to do more to rebut the Tory attack on the so-called ‘mess we inherited,’ and so thought I would be interested in the Growth Commission’s overwhelmingly positive view of the economic performance of the Labour government between 1997-2010 – and, in particular, between 2007-10. Indeed I am. Among its conclusions:

– British economic performance was strong throughout the period of Labour government, and GDP per head grew faster in the UK than in France, Germany, Italy or Japan.

– Productivity growth in terms of GDP per hour was second only to the US, and improvements in employment rates were better than in the US.

– This success, they say, was NOT due to an unsustainable bubble in finance, property or public spending. From 1997-2007, finance contributed around 0.4% to a 2.8% productivity growth.

– They also dispute the view that this was all due to Thatcherite reforms which were then accepted as a norm. Instead, they point to improvements delivered by Labour changes to competition policy, a major expansion in education – remember ‘education, education, education’ and – wait for it – immigration.

– On education, they pointed out that by 2007 the UK was spending more on education as a proportion of GDP than Germany and the US, and the percentage of the relevant age group going to university was higher than in France or Germany.

– Furthermore, they believe this had a positive impact in the fight to reduce crime and illegal immigration.

Above – The Global economic crash started in the US

– Crucially, they make clear the crash was an international phenomenon which cannot be blamed on Labour policies, and that Labour did not leave Britain more vulnerable once the crash occurred.

– They praise the Labour government’s counter-cyclical policies post crash, pointing out that these went some way towards limiting the fall in output, and say Labour ministers were right to recapitalise the banks and maintain demand.

– Where they are critical of Labour is in relation to skills, especially at the bottom end of the social and economic scale, and not doing enough to cut regional inequalities.

But overall the picture is a good one, and totally at odds with the dominant ‘mess we inherited’ narrative, uttered every time coalition ministers open their mouths.

And even if they do not say so explicitly, it is pretty clear the Commission believes that on the big choice of the last election – retrenchment under Labour, or austerity under the Tories – that GB/Darling were right, and DC/Osborne wrong.

This is all relevant to the current debate.

The only way to counter the Tory Big Lies is by fighting back with the truth, even if it means doing so belatedly, and at the risk of the Tories screeching ‘mess we inherited’ ever more loudly.

We see the same in their approach to the NHS. Another ‘mess we inherited,’ they say, to justify changes for which nobody voted and for which they have no mandate. What they actually inherited was an NHS with the highest satisfaction ratings in its history, which are now sliding as waiting lists grow, health workers are deliberately demoralised, and Jeremy Hunt talks up failure wherever he can find it to open the doors to a new system geared to those who see healthcare purely as a source of profit.

The same approach in education, where Michael Gove casts around for schools doing badly amid the thousands doing well, and deliberately distorts Blairite reforms aimed at helping those at the bottom of the educational pile to justify changes aimed at ushering in private providers at the expense of standards and enough school places. And in welfare, where the truth that the big bills are going on pensions for an ageing population is twisted to feed a hate agenda against the poor, the disabled, asylum seekers, all wrapped up as the ‘scroungers’ who in reality make up a tiny fraction of Iain Duncan Smith’s budget.

The Britain the coalition inherited after a decade of Labour in power was fairer, better off, with improved and improving public services, stronger cities and regions, a vibrant culture. It was not a mess. 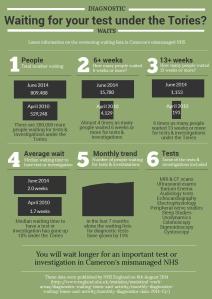 The mess is happening now, with living standards falling, NHS crises returning, unprecedentedly low morale among teachers and police, power shifting back to a few at the top. Britain, far from booming, as the cheerleaders would have you believe, is recovering more slowly than had they followed the Brown-Darling approach that was beginning to deliver the jobs and growth we needed.

The Tories are planning to run the line that the country should not give back the keys to the people who crashed the car. The truth is the car ran a lot better under Labour, and can do so again.

Links to the full report and the summary

The Great Debt Lie and the Myth of the Structural Deficit

Austerity is a con, the Tories are authoritarians and they conflated the fact-value distinction. 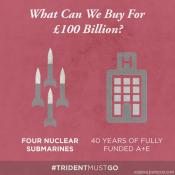 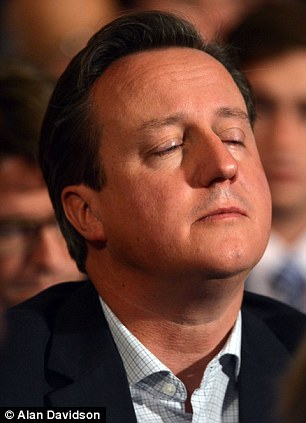 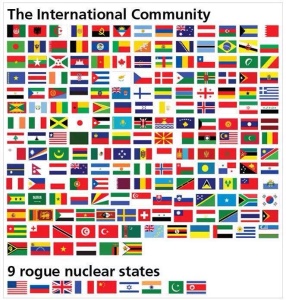